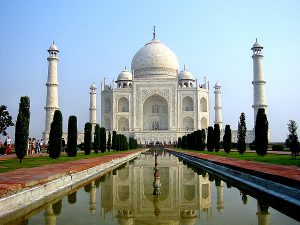 The new year marks a “monumental” period in engineering history when the Seven Wonders of the Ancient World are replaced by seven modern-day construction feats.

More than 2,000 years ago, the original Seven Wonders of the Ancient World included the Pyramids at Giza, the Hanging Gardens of Babylon, Temple of Artemis at Ephesus, Statue of Zeus at Olympia, Mausoleum of Maussollos at Halicarnassus, Colossus of Rhodes, and the Lighthouse of Alexandria.

Only one of the historical constructions — the Pyramids at Giza — still stand and remain on the short-list of 21 for the New Seven World Wonders (N7W).

The list for the new wonders began Christmas Eve 2005 with 200 monuments. Canada’s CN Tower made it through the first round of cuts along with fellow North American monuments the Empire State Building, the Golden Gate Bridge and the Panama Canal.

The idea for N7W was spawned in 1999 by Swiss adventurer Bernard Weber, who founded the NewOpenWorld Foundation.

The N7W has a local edge, as Weber is also a Canadian citizen.

“As soon as I was old enough to explore the world, I discovered that travel is one of the great pleasures in life: it is not only a ‘disappearance,’ a way of escaping our usual life and work routines; but also a great adventure that allows one to see the extraordinary beauty of the earth and the grandeur of human accomplishment,” says Weber in his brief bio published on N7W’s website.

On his panel of experts are a collection of world renowned architects and a former director of the United Nations Educational, Scientific and Cultural Organization, Dr. Federico Mayor.

Once the final seven choices have been made on July 7, the official declaration of the N7W will be made in Lisbon, Portugal to great pomp and circumstance.

You may vote online at www.new7wonders.com.