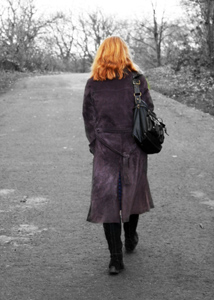 It’s not the time of the season to feel SAD, says Karen Liberman, executive director for the Mood Disorders Association of Ontario.

With days without a hint of sunlight and winter creeping along at a lethargic pace, people feeling lousy have to wonder if they’re not suffering from Seasonal Affective Disorder.

But that’s one of the most common misconceptions made by the public. Seasonal Affective Disorder doesn’t strike people at the peak of winter, but when we turn back to standard time in November.

“We could tell you when the clocks are changing just by the amount of people who start calling who feel very poorly,” she says. “It sort of reaches its crescendo . . . in and around the holidays because, as you know, Dec. 21 is the shortest day of the year, with the least amount of daylight hours.”

The February blahs are often misinterpreted as seasonal depression, she adds.

And Liberman is not just a spokesperson. She struggled with a mood disorder for 15 years, trying 28 different medications until finally she found one that worked.

And it’s not caused by a lack of vitamin D, Levitt adds.

“There’s no evidence it has anything to do with vitamin D, it has to do with a complex interplay of a few things,” he said. “There’s sort of a psychological response to the weather.

“You put these things together: genetic vulnerability, biological vulnerability and a psychological perspective and some combination of that plus some environmental factor produces this recurrent winter depression.”

But not all suffer from the malaise.

Levitt says 25 percent of people will experience major depression at some point in their life, and 8–10 percent of them will feel blue during wintertime. The most common demographic is women aged 29 to 45, but he adds men can suffer from depression too.

And there is relief for those who suffer from the ailment’s chill.

For starters Liberman’s organization runs the website www.checkupfromtheneckup.ca. There, people can take a questionnaire to evaluate their current mental health.

“Our philosophy is that everybody needs their head examined,” she says. “And for us, it’s just like a checkup. You get your blood pressure checked and cholesterol checked, so you should have your head checked too.”

The association also provides plenty of education and help for victims and kin trying to escape a mood disorder’s grip.

“We’re very strong on helping families and actually have a youth and family social worker because when people are very ill with these illnesses, quite frankly we’re not that fun to be around,” Liberman says. “We don’t speak in a lot of medical jargon, and really help people as a sort of an adjunct to a medical systems that’s very, very burdened right now.”

The next step is to see a family physician for diagnosis, and once one has been given there are various treatments available from drug regimens to light therapy to a simple change in lifestyle.

Pao works with targeting her clients’ constitutions, as well as diet, lifestyle, exercise and workload.

“In Chinese medicine, we take a slightly different approach from Western medicine in that not everyone that has a diagnosis of, for example seasonal depression, will be treated with the exact same acupuncture treatment protocol or herbal medicine,” she says. “What we base our criteria on is the main complaint, the seasonal depression, but also the other symptoms that they are experiencing.”

“Doing relaxation exercises can be of benefit, so I try to encourage specific abdominal breathing and meditative exercises,” Pao says. “So if they’re interested in incorporating more of a yoga, Qigong or even a tai chi routine, that helps to keep their body in movement even indoors.”

And Levitt assuages the common stigma attached to Chinese medicine.

“Traditional Chinese medicines are not without their merit,” he says. “There’s evidence that suggests they do work in these conditions.

“If they work, they’re not too expensive and they’re not dangerous then I encourage people. It’s a great idea.”

With a steady course of treatment, education and discipline, there’s always hope for the hopeless.

“I have never met a person yet, where I could say they’re too far gone.”

“It’s one of those medical conditions, even though it’s very serious, it’s very treatable and people get better,” he said. “It’s just a matter of focusing on the right treatment and not giving up.”