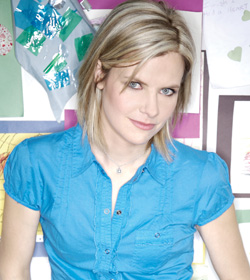 Rock star returns to her roots with re-release of album

For Riverdale musician Melanie Doane, the re-release of her album A Thousand Nights is a return to her independent music roots.

Her first EP, Harvest Train, was recorded on an indie record label in 1993, and now over 15 years later in the midst of an independent renaissance, she says her approach to music hasn’t changed.

“It’s very exciting to have started as an indie artist and gone through what it’s like to be signed to a major label and all that’s involved,” she says, her enthusiasm evident through the phone. “Then to come back full circle and be an indie artist again and be fully in control and fully enjoy that is a real gift.”

Doane attributes the resurgence of the indie scene to the collapse of major record labels.

“There was a time when, really, unless you had that going on, you couldn’t get a lot done, make a living or figure out how to crack into the scene,” she says of the big labels. “Now that’s not the case anymore.

“If you’re organized and doing good work, you can work so much on a ground level and get out and play.”

A Thousand Nights, her latest album, was originally released in 2008 but was in limited supply because the distributor went under.

Now, with its re-release and the premiere of her new single “Back To L.A.”, she’s praising the resurgence in music singles.

“I really enjoy having some of my songs available on ITunes,” she says.

There are problems with people downloading music for free, she says, but the upside is people are listening to music more than ever.

“Stuff like that really helps to spread the word on some of my music,” Doane says. “It’s a new way of thinking and I can do whatever I want, which is really fun.”

As for the inspiration behind A Thousand Nights, it can be summed up in one word: motherhood.

She’s frank when she remembers what it was like as a new mom.

“At first I was sort of annoyed when people were like, ‘You must be writing about your kids all the time’,” she says, with a laugh. “And I’d be like: ‘No, I’m not. I’m not writing anything. I’m nursing and I’m chasing them and I’m up all night. Give me a break. I’m not that inspired right now, I’m grumpy.’

“As things settled down a little bit, I realized I did have a lot to say about it and that was really the inspiration behind the album,” she adds. “It’s a record people can listen to whether they have kids or not, but those who do have kids and have been through that experience I think will really appreciate what’s being said in songs I wrote and songs I chose that can be listened to as lullabies.”

Later this month, Doane is set to perform in The Art of Time Ensemble’s The Songbook III. She’s been invited to perform songs by Don Messer, Irving Berlin and Tom Waits.

After Songbook III, Doane will travel down east for a tour ending July 25. Along for the ride are her biggest fans: her children, ages 5 and 7, and her hubby, writer-actor Ted Dykstra.

“Ted and I have a little place near Truro, (N.S.), so I’ll be working and he’ll go down with the kids,” she says. “I’ll have a little time with them and then I’ll continue to work through the month of July.

“It’ll be a lot of fun and I get to play all these new tunes that are coming out.”