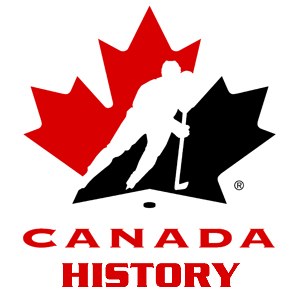 You savour the salty tang of the wind that frosts your features.

You’re bundled up tight, nothing but mittens and a heavy woollen sweater between you and the Canadian winter of the early 1800s. You’re gliding in skates made of imported steel from Mother England.

Gripping a hockey, finely carved by the Mi’kmaq First Nations out of ironwood, you keep your eye on the wooden puck that you must keep on the surface of the frozen lake.

You cannot shoot that puck forward — much like in the other game you play, rugby — not at this stage in the game anyhow. But you have to find it a home tucked between two rocks at the other end of the lake.

Scattered about the ice with you are King’s College school mates, soldiers serving under Her Majesty’s service and plenty of snow.

There is no recognition that you are carving out a new sport: a hybrid of cricket, field hockey and hurley. The Mi’kmaq refer to your new game as “alchamadijik” and it’s akin to their physical ice sport “oochamkunutk”.

For now you just call it ice hurley.

Though sports scholars of the future will debate it, this moment — this skating in the brisk of winter on a frozen lake near Dartmouth — may be the genesis of something that will help shape your infant nation.

It will bring Canadian families together, both at games and — especially on Saturday nights — around the radios and televisions across the land.

On occasion it will bring the entire country together, when the Russians come knocking during the Cold War or when we host the rest of the world at the Olympic Games.

Born out of the ingenuity of newcomers to the country, adapting their native sports to the harsh climes of Canada, it has become our benchmark for how the world sees us.

It spread from its humble beginnings of schoolboys and soldiers when one such lad played while developing his skills as a figure skater. James George Aylwin Creighton went off to Dalhousie University to become an engineer. Once he graduated he traveled to Montreal and taught his sport there.

The year was 1875 and already the game had changed. Rocks were replaced with goal posts by the 1880s and at the turn of the century teams like the Halifax Wanderers and Montreal Victorias were using the Nova Scotia Box net.

In Winnipeg the rules shifted yet again. The wooden puck that had to remain on the ice had lift-off in 1893 when the first wrist shot was used. In 1900 the Coloured Hockey League of the Maritimes allowed goaltenders to go down to make a save. The West would make that change in 1912.

Though we may think of what came to be as hockey as Canadian, the Americans were also crafting a similar sport. They called it ice polo. After a group of college kids duked it out in four Canadian cities in 1894 to see which game — ice hurley or ice polo — was better, the result was a cleanup in hurley and a two ties in ice polo.

The Americans gracefully accepted the rules of ice hurley and used them when they created their first pro hockey league, the International Professional Hockey League in 1897.

That would introduce the world to Cyclone Taylor and brought to fame Hobey Baker who was being courted to play but would never see pro hockey after dying in a test-flight crash.

Though Montreal, Kingston and even Massachusetts may lay claim to being the birthplace of modern hockey historian, Garth Vaughan begs to differ.

“It is as Canadian as the Maple Leaf and as Nova Scotian as the Bluenose.”