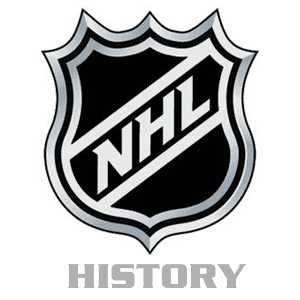 War was brewing for the National Hockey League in the early 1970s.

The source of ire for then-president Clarence Campbell was a new competitive hockey league started by California businessmen Dennis Murphy and Gary Davidson.

The two had jumped on the disputed reserve clause that bound players to NHL teams after their contracts expired with no bargaining power.

“With no alternative, players had little choice but to accept the clause as fait accompli” wrote hockey historian Scott Surgent.

To attract players, Murphy and Davidson would not employ the reserve clause. The result was the World Hockey Association.

During the development of the WHA, the NHL expanded to 16 teams in 1972 with the introduction of the Atlanta Flames and the New York Islanders.

The Bay area though would never see a franchise, as a Quebec consortium purchased the team that became the Nordiques.

However, with limited money, Dayton moved to Houston to become the Aeros and both Miami and Calgary withdrew, letting Philadelphia Blazers and Cleveland Crusaders enter the league.

The first major coup against the NHL occurred when Bernie Parent left the NHL’s Toronto Maple Leafs to join the WHA’s Miami Screaming Eagles, a team that became the Blazers in 1972–73.

Parent would play 63 games before a contract dispute during the playoffs ended his WHA days. He would return to the NHL, not with Toronto but with the Philadelphia Flyers.

After Parent, Bobby Hull would ink a five-year deal with the WHA’s Winnipeg for $1 million with an additional million-dollar signing bonus. The move would trigger NHL Players’ Association president Alan Eagleson barring the Golden Jet from playing for Canada in the 1972 Summit Series.

The first WHA game was played between Ottawa Nationals and Alberta Oilers on Oct. 11, 1972. And the season ended with New England claiming the first World Avco Cup.

However, many of the teams were noticeably unstable. Ottawa moved to Toronto to become the Toros. Philadelphia moved to Vancouver and New York jumped the river to be the Jersey Knights.

In June 1973, the NHL’s all-time leading scorer Gordie Howe signed with the WHA’s Houston. Two more teams, Indianapolis Racers and Phoenix Roadrunners were added in 1974. Los Angeles moved to Detroit then Baltimore, while Jersey moved to San Diego, renaming themselves the Mariners.

By 1977 rumours of a merger between the WHA and NHL became more prevalent. It would be two more years until the league would fold completely, but not without starting the careers of greats Wayne Gretzky, Rob Ramage, Rod Langway, Ken Linesman, Mike Liut, Rick Vaive, Mike Gartner, Mark Messier and Michel Goulet.

On March 1979 the NHL’s owners voted 14–3 to absorb four WHA teams. The three teams who voted against the introduction of the Edmonton Oilers, Winnipeg Jets, Hartford Whalers and Quebec Nordiques were the Montreal Canadiens, Toronto Maple Leafs and Vancouver Canucks.

Montreal refused on the grounds the Nordiques would take a portion of their market. Vancouver was concerned over scheduling, while Toronto owner Harold Ballard opposed everything.

At the time, two remaining WHA franchises — Birmingham Bulls and Cincinnati Stingers — were given cash settlements to fold.

To this day, remnants of the former league are still seen. The Oilers continue to play in Edmonton, while the other three teams have relocated to Phoenix, Carolina and Colorado.