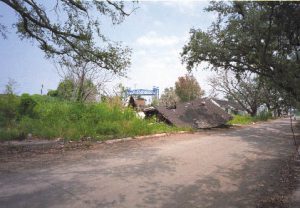 A year after Hurricane Katrina, the City of New Orleans continues to rebuild while it seeks answers that might help overcome deficiencies that led to the far reaching damage.

An expert engineering panel formed by the American Society of Civil Engineers (ASCE) released recommendations to deal with the deficiencies. It discovered flaws not only in the construction of the system, but also in the planning, budgeting, funding, design, management and operation.

“As we dug deeper, what we found seemed to fall into the broad categories of engineering and management. They just evolved into ten call-to-action items,” said Larry Ross, deputy executive director of ASCE, licensed geotechnical engineer from California.

Those ten call-to-actions are: keep safety at the forefront of public priorities; quantify the risks; communicate the risks to the public; rethink the whole system — including land use; correct the deficiencies; appoint a leader or manager; improve inter-agency coordination; upgrade engineering design procedures; bring in independent experts; and place safety first.

“Initially [levees and floodwalls] were overbuilt, but over time, as water levels rose, reaching their appropriate level,” said Ross.

Key points in upgrading the engineering featured the necessity to be designed, constructed and maintained to elevations of the true flood levels in hurricane conditions.

To prevent the damage of levees, ASCE officials suggested they be built with a cohesive clay soil and added resurfacing using erosion protection materials, such as rip-wrap or geo-synthetics.

“It’s going to be a challenge to find appropriate non-erodable materials because of the general soil conditions around New Orleans,” said Ross.

Pre-Katrina floodwalls and levees did not have adequate margins of safety against failure consistent with critical structures.

The factor suggested by most engineers to protect people and property from high water is 1.5. The factor in New Orleans was 1.3.

“The selection of 1.3 as a minimum factor of safety was pushing the envelope too far,” said Ross.

One final issue about the infrastructure during Katrina was the pumping system did not fully integrate into the hurricane protection system.

“Most of the pump stations were built nearly a century ago and their purpose was to remove water during rainfall. They were never meant to be a part of a hurricane protection system,” noted Ross.

Lack of funding led to the pumping stations not being retrofitted and integrated into the system.

Over 150 engineers and scientists dedicated their time over the past year to investigate the system failures.