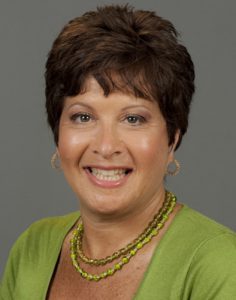 Expect a fight for the mantle of MPP for St. Paul’s with the writ officially being dropped Aug. 19, setting the stage for a Sept. 17 byelection.

Throwing her hat in the ring as the Progressive Conservative candidate is Toronto Sun columnist Sue-Ann Levy.

Her reason for running, she says, is simple: to hold the government accountable.

“I’ve been an observer and critic — a very vocal critic — of city hall politics for the last 11 years and I think I’ve sensed certainly from my readers that there is a huge increase in the distrust of politicians of all political stripes and of all levels, not just municipally,” she said.

Known for her fiery criticism as a journalist, Levy said she does not plan on relenting for the sake of constituents.

“I have no illusions,” she said. “It’s going to be a tough uphill fight, but I intend to give it my all.

“I’m going to be the same Sue-Ann Levy on the campaign that I was in my column.”

She’s also no stranger to the other side of political life.

She worked on Joe Clark’s 1976 leadership campaign and got to be on the convention floor, much to the envy of her fellow journalism school classmates, she said.

If she wins the St. Paul’s byelection, she’ll join the ranks of the official Opposition at Queen’s Park. Though she will no longer be scrutinizing Mayor David Miller, she’ll have a new target in the premier.

“I think Dalton McGuinty has to be called into account for the mismanagement that we’ve seen over the last couple of years,” she said. “I intend to be nipping at his heels, if I am lucky enough to be given the honour.”

She pulls no punches when talking about the eHealth controversy and the premier’s “flying under the radar” on many issues, but she said she has as much if not more passion about her home in the riding.

Living with her wife Denise Alexander and their two long-haired miniature dachshunds, Kishke and Flora, Levy said she runs 12–14 kilometres a day along the Belt Line and on streets, training for an upcoming marathon.

Getting to know her neighbourhood, she said, is what she loves the most.

“I want to be the kind of politician who is responsive and never forgets about constituents who put her in office, if I am lucky enough to win,” she said.

Levy will make her candidacy official at an Aug. 20 meeting at Christ Church, where she will be acclaimed as the candidate.

Of the four major parties vying for St. Paul’s, the New Democratic Party has yet to choose its candidate. Trial lawyer Julian Heller and PhD candidate Stuart Parker are seeking the party’s nod.

Both men live in the riding.

With the writ dropped, NDP spokesperson Massimo Panzino said the party will have to reschedule its Sept. 9 nomination meeting.

“The governing party has all the leeway to do what it feels necessary and they don’t give us a heads up, so we can only speculate as much as anyone else can,” Panzino said before the byelection announcement was made.

As for the remaining two parties, the Greens chose real estate agent Chris Chopik and the Liberals opted for Dr. Eric Hoskins.