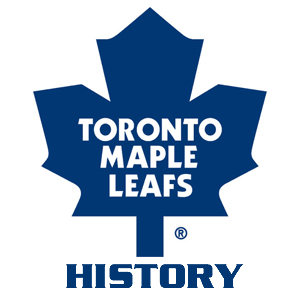 Feb. 7, 1976 will forever be known as a record-breaking day for Leafs Nation.

Little did the rookie realize he would be the goat of hockey history, as Leafs great Darryl Sittler scored six goals and assisted on four more as the Buds hammered the Lunch Pail Gang 11–4.

For all those statistic aficionados out there, following are some of the career records held by those who have donned the Blue and White.

As for goals, Mats Sundin has scored the most as a Leaf with 420. Sittler has the most career hat tricks (three-goal games) with 18. As for season leader, Dave Andreychuk (1992-93) and Rick Vaive (1981-82) scored 54. It should be noted Andreychuk scored 29 of those goals in a Buffalo Sabres uniform but he would follow that split season with 53, all in Toronto getup.

The same season that Andreychuk notched 54, Doug Gilmour broke the record for most assists with 95. When it comes to career assists, Swedish-born blueliner Borje Salming leads with 620.  Recently traded D-man Tomas Kaberle is second overall with a distant 402.

Summing up both goals and assists, the most points in a career is Mats Sundin with 987. Seasonally speaking Gilmour holds that honour with 127 in the 1992–93 campaign.

Not to leave out those between the pipes, Broda leads all Leafs with career wins and shutouts with 302 and 62 respectively. When it comes to the yearly bracket, Andrew Raycroft (2006–07) and Ed Belfour (2002–03) have the most wins with 37. Harry Lumley has the season record for shutouts with 13 for his work during the 1953–54 season.

Sittler’s single game record, an NHL-wide benchmark, is not the only top single game mark.

Gilmour, once again, holds the record for most assists with six during a Feb. 13, 1993 game against Minnesota North Stars. He shares the record with Walter “Babe” Pratt who aided on six goals Jan. 8, 1944 versus Boston Bruins.

As for tough guys, well, they don’t just break noses and bust teeth as they set out to enforce their own levels of excellence. For career penalty in minutes look no further than Tie Domi who has sat in the sin bin for 2,265 minutes. Dave “Tiger” Williams is a distant second with 1,670.

Defensive forward Brad Smith set a game best on Nov. 15, 1986. Facing his former team, Detroit Red Wings, Smith dropped his gloves at the opening face-off against Gerrard Gallant and would tussle three more times before being ejected with a lump sum of 57 minutes.